Viruman is the second film collaboration of actor Karthi and director Muthaia after the success of ‘Komban’. This is the first film of the director with the music of Yuvan Shankar Raja. 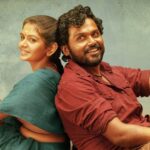 newsise is a portal designed to provide the lyrics of Indian movie songs across various languages like Tamil, Kannada, Telugu, Malayalam and Hindi.